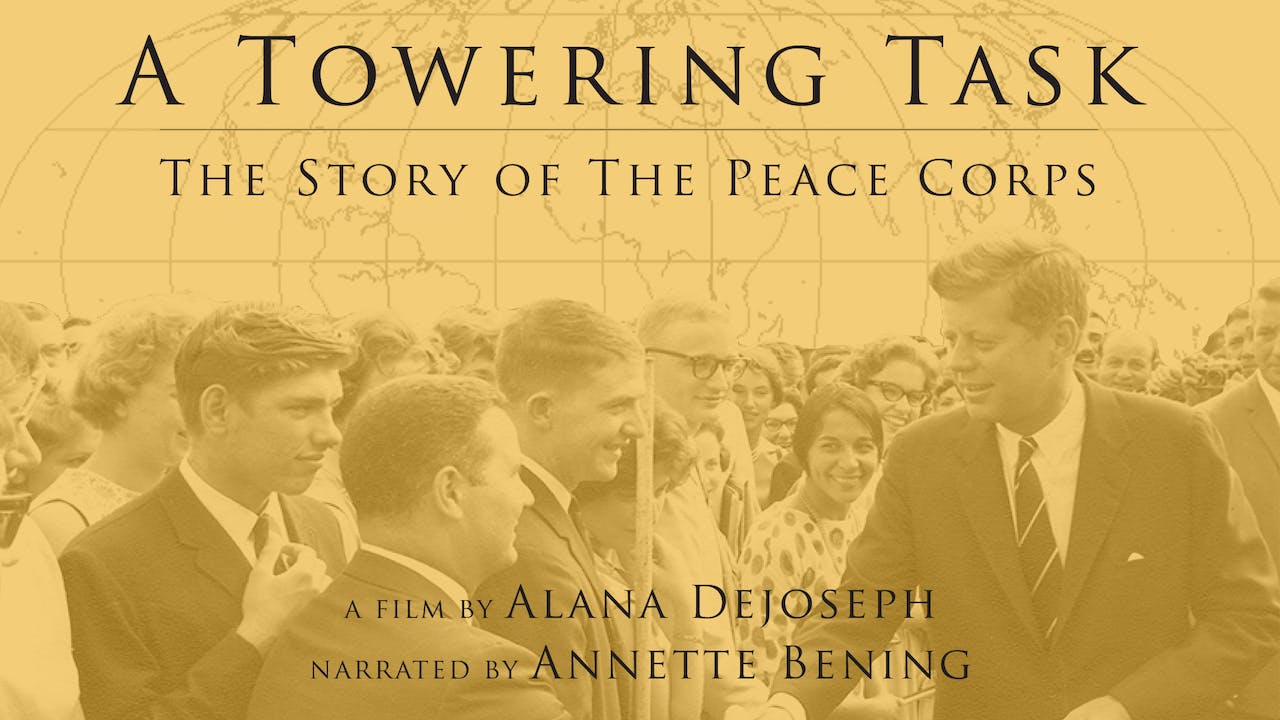 Darkside Cinema presents A TOWERING TASK: THE STORY OF THE PEACE CORPS, a new documentary by Alana DeJoseph. Narrated by Annette Bening, A Towering Task tells the remarkable story of the Peace Corps and takes viewers on a journey of what it means to be a global citizen. When you buy a ticket, 50% of the proceeds go straight back to the theater to support them during this difficult time.