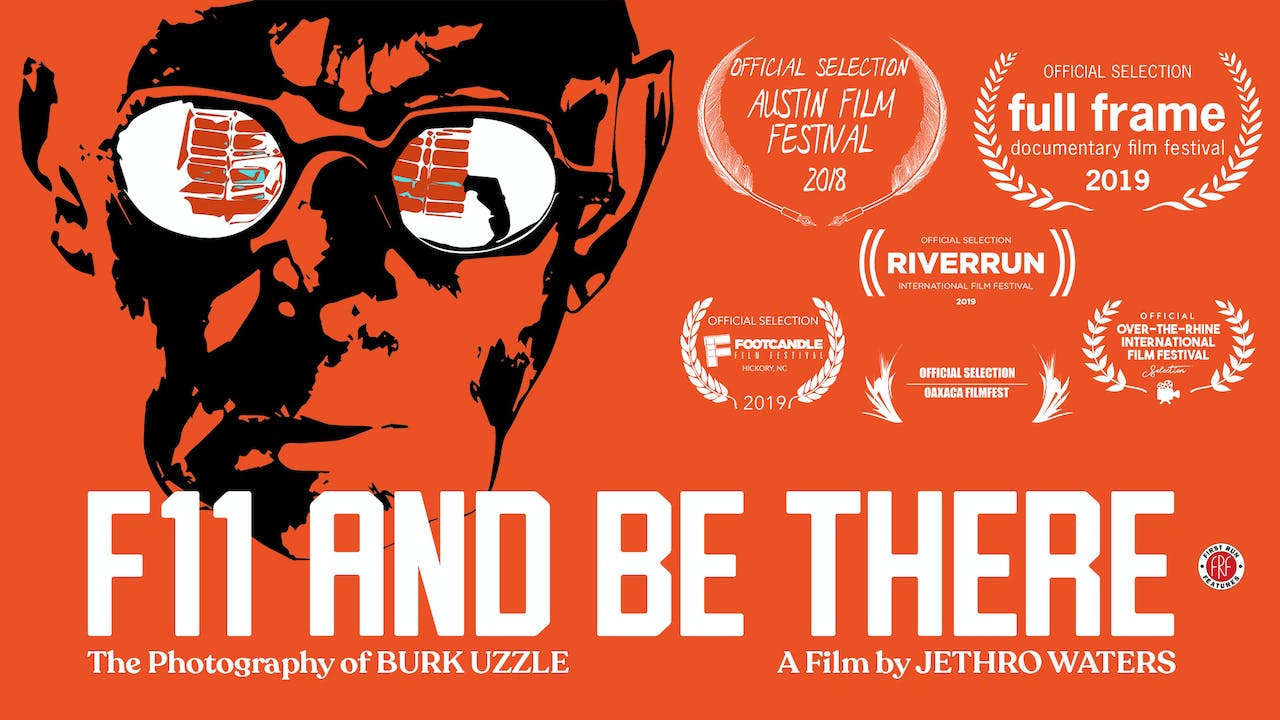 F11 and Be There at Symphony Space

Symphony Space presents "F11 and Be There" on Virtual Cinema. When you buy a ticket, 50% of the proceeds go straight back to Symphony Space to support them during this difficult time.

"Critic's Pick! Burk Uzzle, the subject of this unusually distinctive documentary, doesn't have the name recognition of Bill Cunningham or Jay Maisel, two lensmen highlighted in recent features, but he should. The film is as beautifully composed as Uzzle's pictures. The director Jethro Waters also shot the movie, a subtle feast of light and color." - Glenn Kenny, The New York Times

"With its behind-the-scenes look at one of America's best photographic practitioners and its depiction of a man with the soul of a true artist, F/11 and Be There should be required viewing for aspiring artists everywhere. In a world filled with darkness, this film shines a little light." - Rod Machen, Cinapse

"A great photograph invites contemplation. Burk Uzzle's work somehow goes a step further, ushering the viewer into a meditative state. The pulse quiets, the mind clears of distraction when looking at a Burk Uzzle picture. That quality of both arresting time and the viewer's attention has remained consistent throughout Uzzle's career, which began more than 65 years ago. The full breadth of his contributions comes into frame in this new documentary."- Matthew Carey, Nonfictionfilm.com