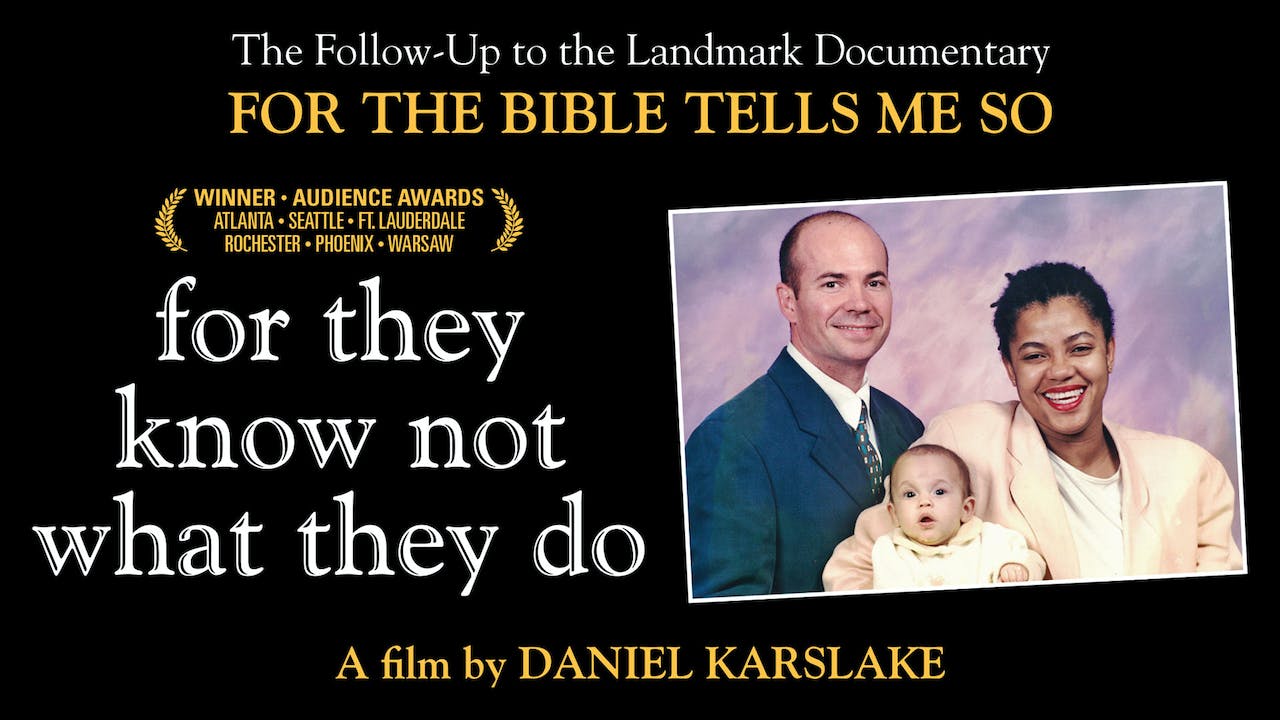 RCN presents For They Know Not What They Do

First Run Features is proud to offer Daniel Karslake’s new documentary FOR THEY KNOW NOT WHAT THEY DO to members, friends, and allies of Reconciling Ministries Network in support of their important work within the United Methodist Church. For every ticket purchased, $2 will go straight back to RMN’s vital mission: to resist evil, injustice, and oppression as they seek justice for all sexual orientations and gender identities.

"Urgent and powerful. 'For They Know Not What They Do' expands on Karslake’s landmark feature, 'For the Bible Tells Me So,' which premiered at the 2007 Sundance Film Festival before making that year’s Oscar shortlist for Best Documentary. Over ten years later, his new film revisits Christianity’s evolution on the subject of homosexuality, focusing on the parents whose queer children helped them embrace a more loving interpretation of scripture. It is a stirring call to action, and an urgent warning to those who place religion above their child’s survival. Most importantly, however, the film does not judge or speak down to those who most need to hear its message. By the film’s end, it’s incredibly moving to see they ways they’ve each experienced a deeper and far more profound love — both for God and for their fellow humans. Inspiring and uplifting." - Jude Dry, INDIEWIRE

"Absorbing testimonies, compelling narratives and effective commentary highlight the violence faced by L.G.B.T.Q. people (especially transgender people of color). But its success comes from interrogating the cultural assumption that there is no space for a range of sexual orientations and gender identities within religious communities." - The New York Times