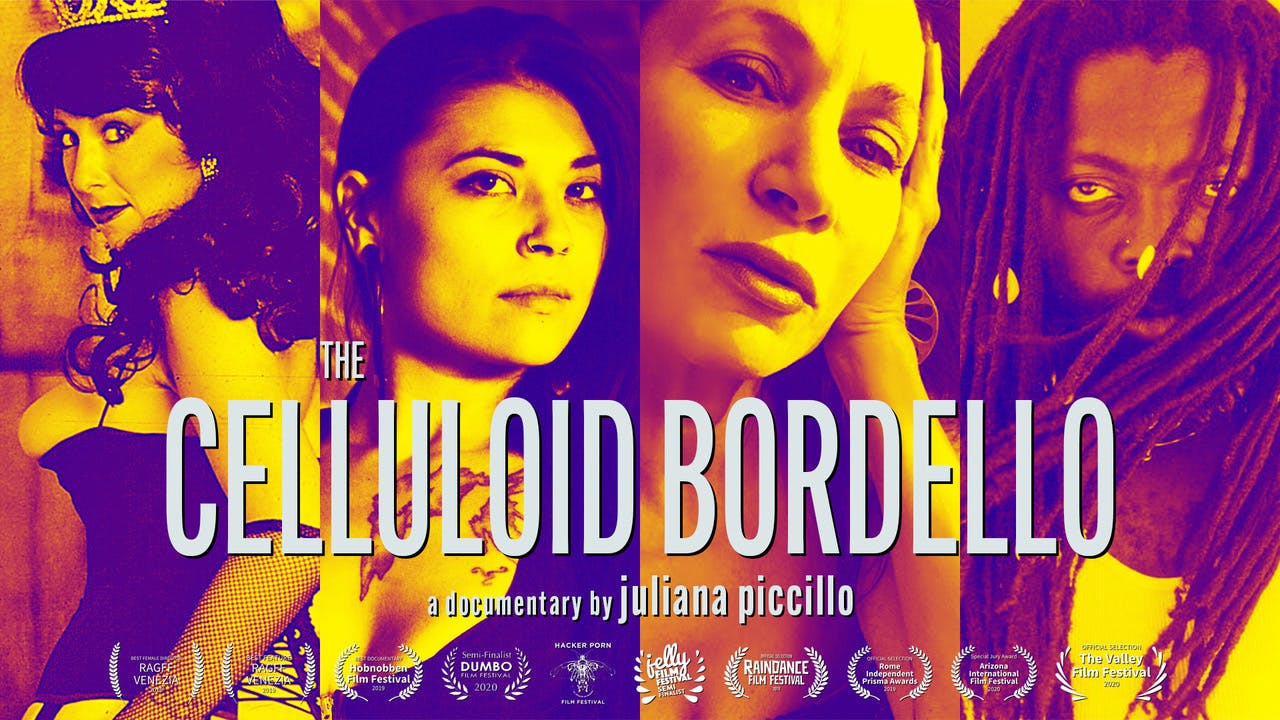 The Celluloid Bordello at Cleveland Cinematheque

The Cleveland Cinematheque presents "THE CELLULOID BORDELLO" on Virtual Cinema. When you buy a ticket, 50% of the proceeds go straight back to the Cinematheque to support them during this difficult time.

Since the dawn of cinema, sex workers have served as muses to movie-makers. From white slavery pictures (The Girl Who Went Astray, from 1900), to iconic rom-coms (Pretty Woman) and indie hits (Tangerine), hookers, hustlers, call girls, street walkers and strippers have been staples of the silver screen. Cinematic sex workers are punchlines, cautionary tales or fantasy figures. They are brutalized, killed off, sometimes rescued and almost always represented as if no sex worker is in theater. Even in recent documentaries such as Born Into Brothels or Tricked, reality is distorted by filmmakers (almost always non-sex workers), who are determined to show trauma, violence and pathos rather than the resilience, successes, and thriving communities that are the norm for many sex workers.